At the Garza Blanca Resort Puerto Vallarta, the Blanca Blue Restaurant and Lounge is pleased to announce the launch of its new culinary cuisine: Mexican Avant-Garde Cuisine, which is brought to you by our renowned chef, Mario Castro who joined the staff earlier this year to lead the Blanca Blue kitchen with his talent, inspiration, and experience.

The Garza Blanca Resort Puerto Vallarta is a five star resort located on the south shore of Puerto Vallarta on Banderas Bay. The Blanca Blue Restaurant at the resort is a gourmet venue that has launched a new menu, which goes along with the concept of fine dining and luxury living at the resort.

Up until now, the Blanca Blue Restaurant always provided gourmet standard world cuisine with the flair of Mediterranean. Nowadays, Mexican Avant-Garde Cuisine is the inspiration behind the menu with dishes inspired by our Chef, Mario Castro. His culinary creations will tempt even the most expert taste buds, welcoming both Luxury Residences guests as well as local visitors.

The Mexican born chef, Mario Castro has been living in the United States since he was ten years old and now returns to Mexico with new ideas and a renewed passion for Mexican cuisine and luxury dining: “I am really excited about this menu,” the chef shares, “diners will find those elements they love about Mexican food turned into inspiring works of art.”

Honoring the traditions of Mexico 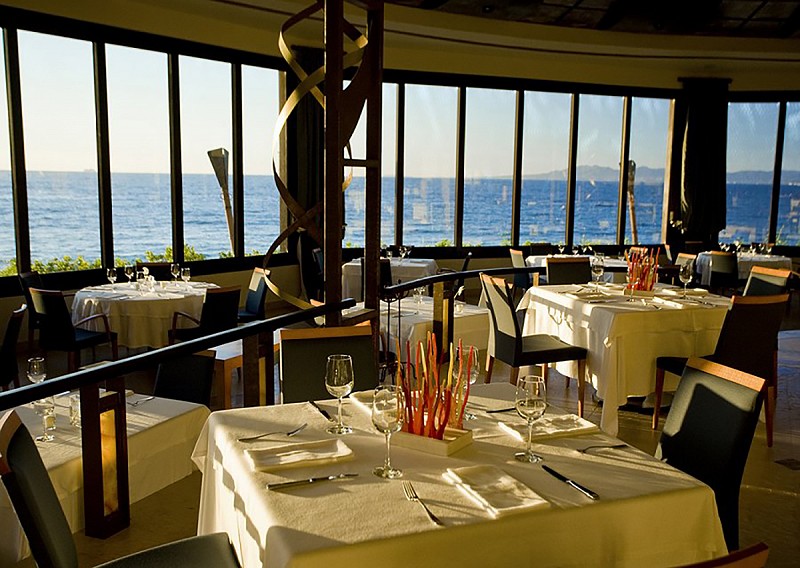 The Blanca Blue Restaurant honors the tradition of Mexico along with adding new cutting edge techniques: “We will be integrating traditional ingredients and culinary customs from Mexico’s villages and towns, applying new, cutting edge techniques to create flavorsome dishes for modern taste buds. For example, we will be using some molecular techniques like foams, air, etc., yet remain faithful to Mexican flavors, or use ancient culinary techniques with more modern ingredients.”

The inspired menu for the Blanca Blue Restaurant in Puerto Vallarta will leave diners extremely pleased and satisfied once they have completed their 4-course meal. “The stone soup is a fascinating dish that is based on a ritualistic delicacy from Oaxaca where fish is cooked by placing red hot stones in a large pit filled with water. Blanca Blue’s version will see a freshwater shrimp in red snapper broth cooked under a burning hot pebble right in front of your eyes”, says Chef Mario, “While the gift from Oaxaca is a delicacy wrapped in maguey leaves and the ember lamb ribs will arrive to your plate still smouldering.”

A chef with ambition

The Blanca Blue Restaurant welcomes Chef Mario Castro at the Garza Blanca Resort in Puerto Vallart after completing a successful season at the SLS in South Beach, Miami where he was a sous chef under Chef Jose Andres, a 3 Star Michelin Chef. Despite still being very young, Mario has had already enjoyed an impressive career. He started out interning at the world famous El Bulli Restaurant in Spain for six months, then at the Waldorf Astoria in Florida as a sous chef, and participated in international festivals and other main positions.

One of the main key factors to this chef’s success is always investing in his equipment and using his culinary experiences to stay at the top. “To be a good chef, you have to be totally committed. For me, the only thing that exists is myself and food. Nothing else matters.”

You can join Chef Mario and his fantastic team at the Blanca Blue Restaurant in Puerto Vallarta each night from six in the evening until midnight. You can enjoy some of the unique and innovative dishes that Chef Mario prepares just for you Join us for a journey of flavors, experiences, and textures that you will only find in Mexico.