If there is a sound or a style of music which more perfectly evokes the passions, vibrancy, and richness of Mexican culture than Mariachi music, we certainly cannot think of it! Mariachi is a lively, versatile style of folk music which moves listeners with confident vocals, pulsing rhythms, and powerful harmonies, and for many Mexicans it is quintessentially Mexican. In fact, Mariachi is so key to Mexican culture and history that UNESCO has deemed it an Intangible Cultural Heritage.

In Mexico today you will no doubt see Mariachi ensembles playing at weddings, birthdays, on holidays, at general celebrations, or even at funerals, but where did this tradition begin?

Mariachi varies by region, and as of yet there is no place which is touted as the birthplace of Mariachi music, but the style is most closely linked to the state of Jalisco. However, other states such as Aguascalientes, Colima, Michoacán and Nayarit are often associated with it as well. Issues of geography aside, Mariachi is tied inextricably to the colonial period (1519 – 1810) in which stringed instruments came in bulk to Mexico. The sounds of these Spanish instruments mingled with the vocals and rhythms of the indigenous people of Mexico, and the African slaves who were present in the country at this time.

The result was an entirely new sound, and a new style of music. 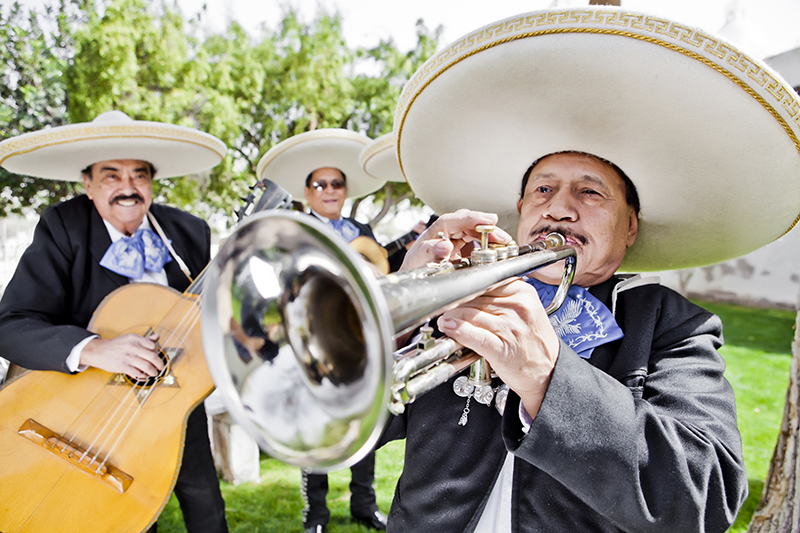 By the 1850s the earliest version of the Mariachi music we know today was surfacing; small ensemble made up of violins, guitars, and harps were popular in rural areas, and on ranches. These groups were often unable to travel beyond their own region, and so Mariachi developed differently in different parts of the country. In the 1920’s and 1930’s, however, radio, record companies, and the use of Mariachi music at presidential inaugurations and in movies spread its fame across the whole country. By the 1950’s Mariachi has taken the form we would know today with the addition of two trumpets, extra violins, vihuela (small guitar) and guitarrón (upright bass guitar).