It’s no secret that the coronavirus has thrown the world into a tailspin. The tourism industry in particular has been hard hit since the World Health Organization declared the COVID-19 outbreak a pandemic on March 11th, 2020. During that time, the whole world practically shut down for the first time in history. Hotels closed, cruise ships stopped, flights halted, and non-essential travel was banned in most tourist destinations. The future looked bleak and the idea of traveling to Puerto Vallarta and other tourist hotspots seemed unattainable for several months. Things have nonetheless begun changing for the better since the availability of vaccines and precautionary measures taken by the general public and there is a light at the end of the tunnel.

The world is slowing opening back up again and in Mexico economic activities have fully resumed in most states. Mexico navigated the pandemic with a “traffic light” system, introduced by the federal government, indicating the level of risk for each state. The traffic light was red when there was a high level of contagion and activities were prohibited for all non-essential businesses. The government’s latest traffic light report shows that 19 states have rolled into the green traffic light phase including Los Cabos, Cancun, and Puerto Vallarta, which means that all educational, social, labor, economic activities have resumed without any restrictions.

Puerto Vallarta has a very busy cruise terminal, Muelle de Cruceros Puerto Vallarta, by Marina Vallarta and across from Galerias shopping mall. The city relies heavily on the tourism brought by cruise ships, which generates significant economic benefits bringing in thousands of tourists during the cruise season. 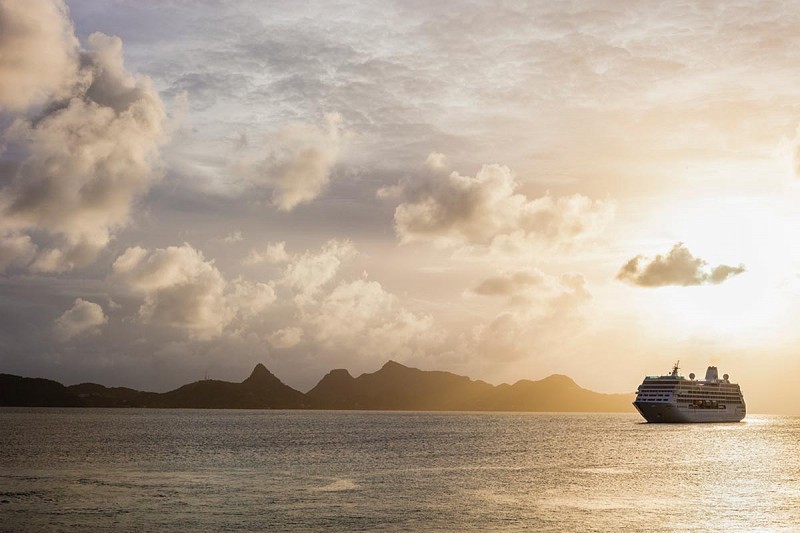 Since the pandemic hit, the cruise industry was forced to discontinue the majority of its operations causing the industry to collectively lose an estimated USD $20 billion in 2020. However, on May 5, 2021, the Center for Disease Control and Prevention (CDC) released a Conditional Sailing Order (CSO) for cruise ships seeking to operate in U.S. waters. After starting simulated voyages and restricted passenger voyages, cruise ships can apply for a COVID-19 conditional sailing certificate allowing them to sail for the first time since the CDC-imposed shutdown that lasted 15 months.

Cruise ships are expected to have their activities in the Pacific Ocean up and running by the end of summer 2021. The main maritime ports in Mexico have improved conditions necessary to host the cruise ships and their passengers.

Several cruise lines have unfolded plans to resume operations in the Mexican Pacific while adhering to the CDC health guidelines. Among these enterprises are Holland America, Royal Caribbean, Norwegian Cruise lines, and Carnival Cruise Lines. Click here to see the full cruise ship schedule. Negative COVID test results for passengers and crew members, sanitary measures, and other procedures to ensure the safety of voyagers will be required.

Back in the Water: All Aboard! Puerto Vallarta is looking forward to the return of cruise ships to the destination and to welcoming all their wonderful passengers to what has been named “the friendliest city in the world”. To the old and the new cruise ships, we welcome you! 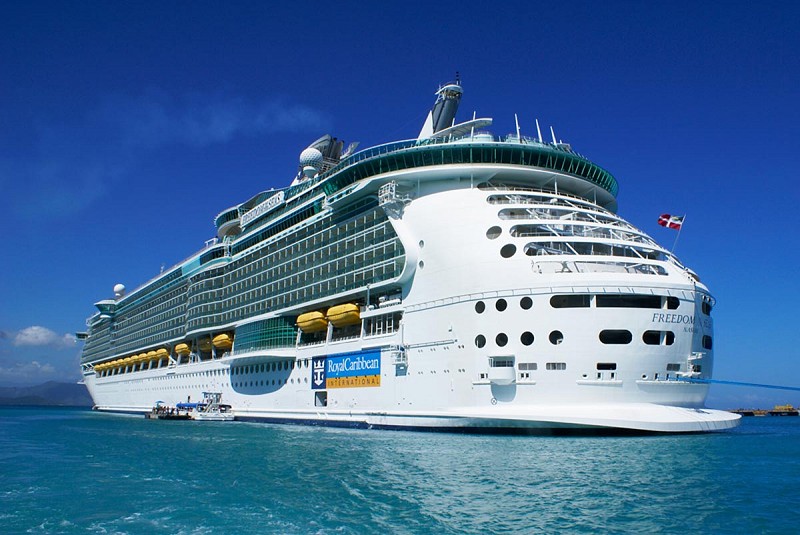 Health officials of the United States have recently granted Royal Caribbean permission to renew its activities departing from Miami through U.S. waters. The order was granted by the CDC under the auspices that 95 to 98 percent of all passengers on vessels be fully vaccinated.

On June 26, 2021, the Celebrity Edge, part of the Royal Caribbean fleet, was the first ship to board passengers at a U.S. port in 15 months. The ship set sail from Fort Lauderdale and in line with the health requirements, Celebrity Cruises confirmed that 95% of those boarding had been vaccinated against coronavirus and that the ship was operating at a reduced capacity.

Radiance Of The Seas is scheduled to arrive in Puerto Vallarta on October 5th, 2021. 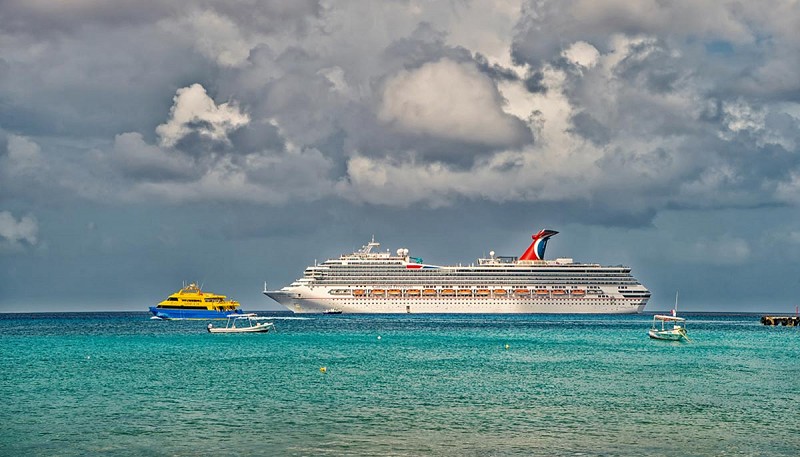 The return of Carnival cruise ships is anticipated towards the end of August. Cruises to Cozumel, a key port on the Caribbean side of Mexico, have already commenced.

Carnival Panorama is Carnival’s newest ship and the first brand-new Carnival ship that will visit Puerto Vallarta in 20 years. Carnival Panorama has a capacity of 4,216 passengers and sails from Long Beach, California to top spots across Mexico including Cabo San Lucas. The ship is scheduled to arrive in Puerto Vallarta for the first time on August 25th, 2021 and will stop at the port on Wednesdays either weekly or bi-weekly.

The trips to Yucatan and Baja California are expected to follow soon thereafter. 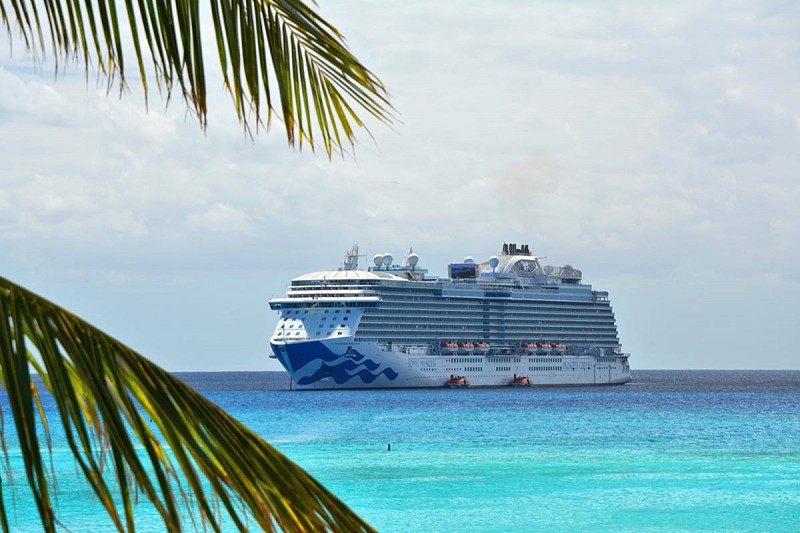 Another player in the game is Princess Cruises. The Ruby Princess has a capacity of 3,672 passengers and is scheduled to arrive in Puerto Vallarta on September 22nd. The Majestic Princess, a vessel with a capacity of 4,272, will set sail from Los Angeles on October 16th with stops in Cabo San Lucas on the 18th, Mazatlan the 19th, and Puerto Vallarta on the 20th. These one-week excursions will be conducted on a routine basis until late April 2022.

Holland America is projected to begin cruises which include Puerto Vallarta sometime in October. The Nieuw Amsterdam is purported to initiate a 21-day route from Seattle and include San Diego, Puerto Vallarta, Fuerta Amador (Panama), Oranjestad (Aruba), and Half Moon Cay on the agenda.

In Puerto Vallarta, face masks are mandatory in shopping malls, supermarkets, public buildings, and on public transportation. Beaches are open, but it is recommended that every beachgoer maintain appropriate social distancing. In addition, it is suggested that frequent handwashing be carried out or the use of hand sanitizer, and that groups be no larger than eight.

Health and disinfection measures are being performed rigorously at the International Airport of Puerto Vallarta, the cruise terminal, government offices, and public places. It is worth noting that the World Travel & Tourism Council have given the Safe Travels Stamp to the State of Jalisco in accordance with its stringent hygiene and safety protocols.