Archeological Sites of Interest Near Cancun

The Yucatan Peninsula is located in Mexico and is filled with Mayan archeological finds near the Cancun region.  For those vacationing and residing at Villa del Palmar Cancun, you will have the option of scheduling a tour at the onsite tour agency for one of the major Mayan sites of interest or visiting a quaint archeological site just 10 minutes from the resort called El Meco.

The most incredible Mayan Archeological Discoveries

There are a number of amazing Mayan archeological sites of interest in the area. Here are just some of the most notable ruins you may wish to visit during your stay in Cancun.

The architecture of Tulum is beautifully set against a lovely backdrop of Caribbean Sea. This layout near the beachfront is one feature that makes Tulum a unique ancient city to explore. If you just happen to take a day journey to Tulum from Villa del Palmar Cancun, you will definitely fall in love with how these Post-Classic period buildings of the late thirteenth century are layered against a background of eye-dropping hues of Caribbean sea water. Tulum was once an important trading seaport for valuable stones like jade and turquoise. It also has its own share of historical buildings–the Temple of the Frescoes and The Castillo to name a few.

Located within the perimeters of Cancun lies an intricate maze of ruins called El Rey. This city, which was established during 900 CE contains over 40 ruins to observe. There are even two remains of sacred temples and a an old market arena. As far as the name of the city is concerned, El Rey gets its name from a ritual mask and skull that was dedicated to the Mayan sun god. 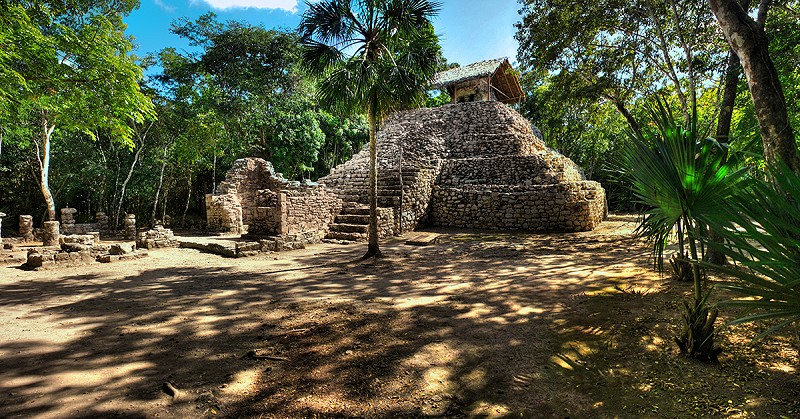 Northeast Quintana Roo, Mexico is the location of the ancient town of Coba. This historical location houses the biggest maze of stone causeways ever seen in the ancient Mayan world, and it is filled with several sculpted and engraved stelae that are a reflection of the many Mesoamerican ritualistic events that took place during the Late Classic Period between 600–900 AD. Next to ancient Coba is a modern town that is also known as Coba. According to the 2010 Mexican federal Census, this modern-day Coba has  over 1200 inhabitants.

Uxmal is a UNESCO world heritage location that is a relic of the old Mayan culture that thrived during Mexico’s classical period. This site is located about 62 km south of the capital of Mexico’s Yucatan state which is known as Mérida. The architecture of the ancient buildings are famous for their design and structure. The interconnecting ancient roads known as sacbes were used to connect buildings to each other and to connect the location to nearby cities (like Chichen Itzá).

Last but by no means least, the city of Chichen Itza was established in 600 CE . It is considered a relic of the late classical period Mayan civilization, and it is regarded as one of the largest Mayan cities to exist. It is said this ancient city ran 1.9 square miles and is still one of the most complete relics that can be found of the Mayan culture.  Tourists can observe with awe and wonder the various temples and elegant beauty typical of this city. There’s the Ball Court, the Observatory and other locations worthy of visiting.

If you can only visit one Mayan archeological site during your vacations, Chichen Itza or Tulum come highly recommended.