The famed Malecon boardwalk remains one of the most loved and timeless features of Puerto Vallarta; this amazing waterfront walkway has some of the best views in the city, and is truly the heart of the downtown area. Winding by countless restaurants, bars, clubs, boutiques, and galleries the Malecon can lead to many great things, but the sights and sounds of the stunning show put on by Voladores de Papantla (Flyers of Papantla) at the north end of the boardwalk undoubtedly claim first prize. 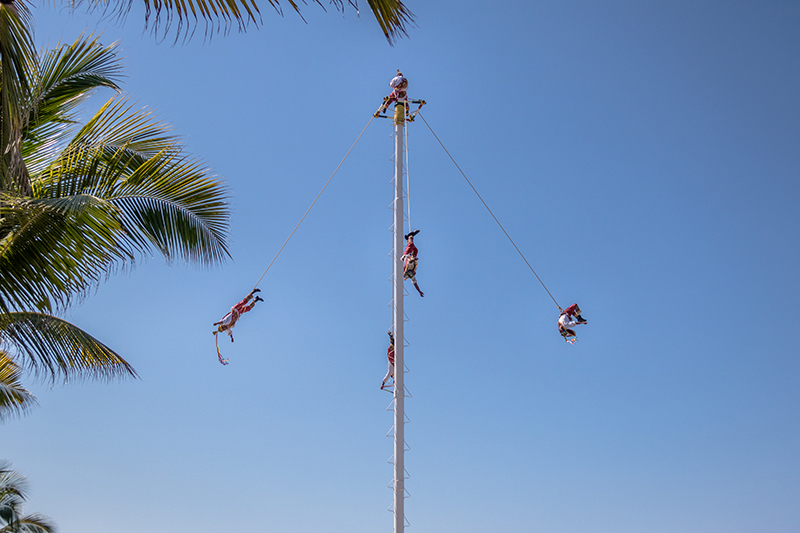 The Voladores de Papantla put on their dazzling show several times a day, seven days a week, at a large pole situated next to the Malecon. The men perform a special dance while spinning around the pole, dressed in stunning and colourfully embroidered traditional garb. 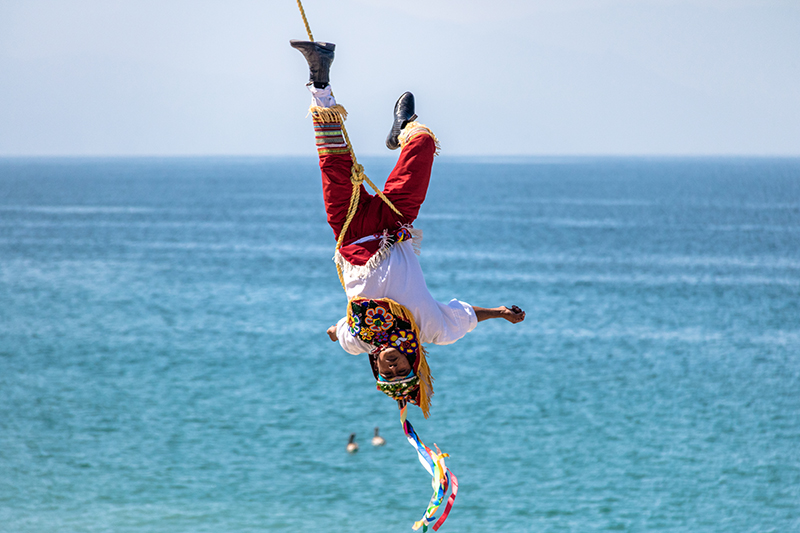 The Voladores are also known as birdmen, perhaps due to their unmatched aerodynamic skills, and five will begin each instance of the ceremonial ritual. To begin with they will climb to the top of the pole where they will sit and wait, with one foot tied to the top of the pole, until the master spinner begins to play his distinctive tune on the flute. From their perch the Voladores will begin to slowly spin, upside down, towards the earth and the rope will unravel no less than 13 times before they reach the ground. Each time the Voladores “dance” they are led by the master spinner who guides the experience from the top of the pole. This is a unique and beautiful tradition which we firmly urge you to witness whilst in Puerto Vallarta.

The history behind the Voladores de Papantla 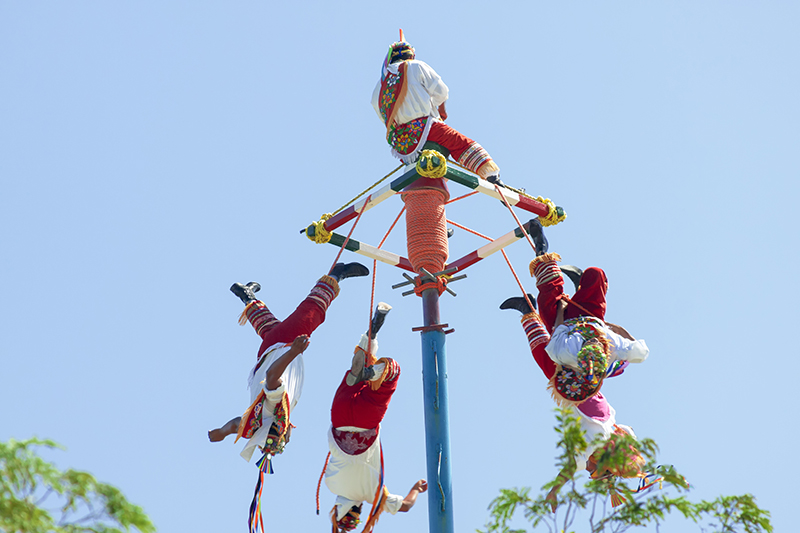 Ancient legends have it that this sacred ceremony originates hundreds of years ago in central Mexico when severe drought was ravaging the land. The drought caused hunger, thirst, and suffering to the indigenous people who felt that this was punishment from the Gods; they had been neglected and so were withholding rain. This ceremony was a plea, a peace offering to the Gods, for the return of the rains.

It is said that five young men scoured the forest for the tallest tree and asked the mountain Gods permission to cut it down. They then removed its branches and dragged it back to their village, planted it firmly, and climbed to the top to catch the Gods attentions. Four of the men jumped from the top, while the fifth remained to play music; the Gods were pleased, and the drought ended. 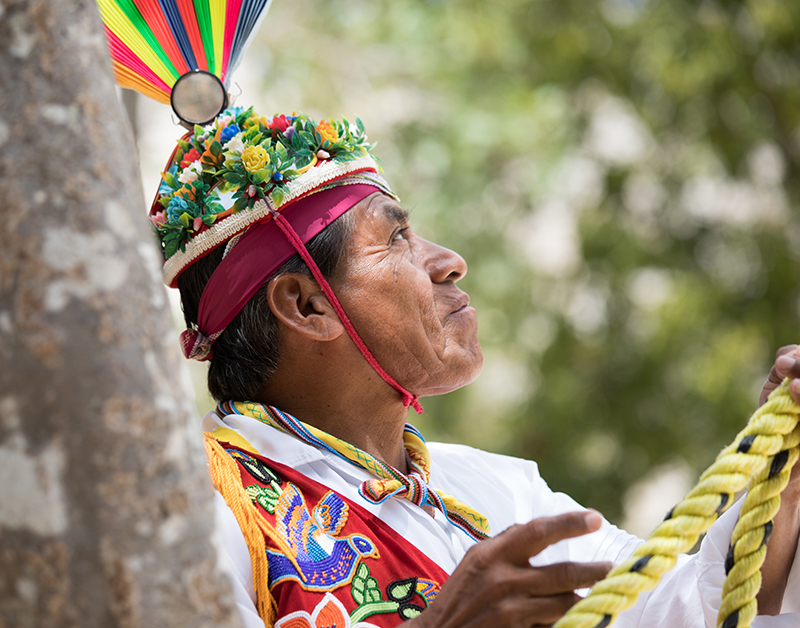 This ancient and beautiful ritual is so significantly unique to Mexican culture that UNESCO has named it an “intangible cultural heritage” so that it can be promoted and protected.

If you want to experience something authentic and mind-blowing when you stay in Puerto Vallarta then we would recommend that you see the Voladores de Papantla as they perform their remarkable and unique ritual.